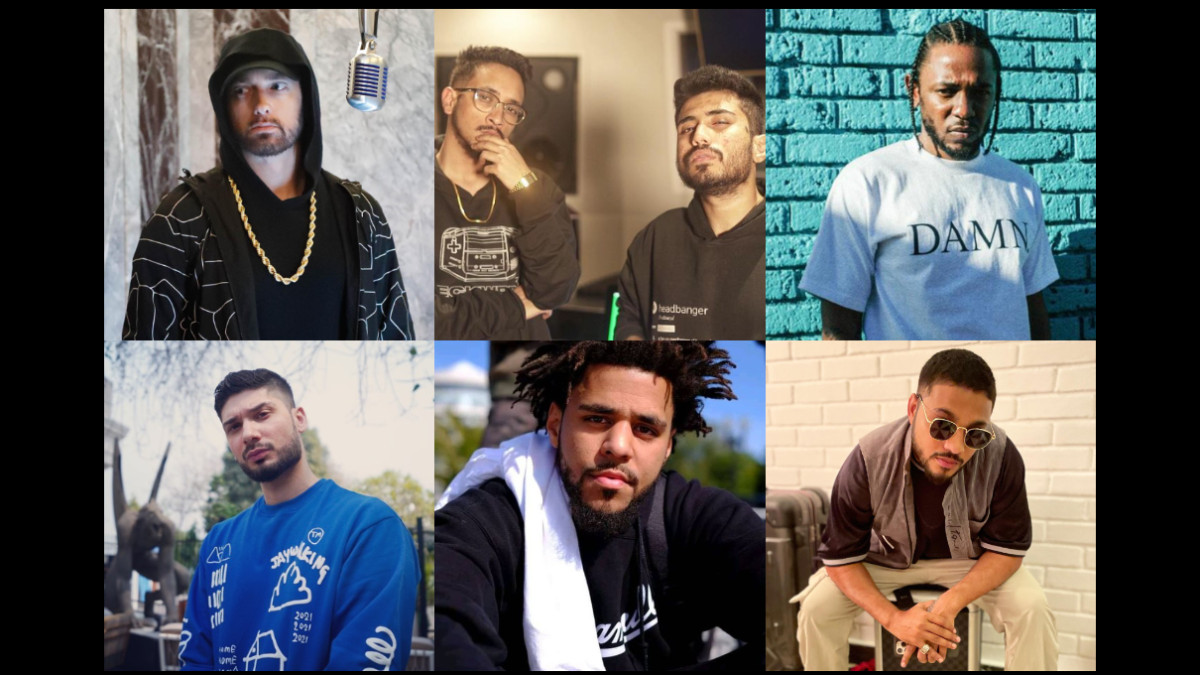 For a long time, songs have been used to communicate emotions. Hip-hop and rap culture is gradually gaining popularity in India. Several musicians have used their talent and rap songs to address societal concerns, which have received positive feedback from the public.

Hip-hop, a prominent style of music born out of oppression, is gaining popularity around the world. The freedom to express oneself regardless of rank or tradition has helped popularize this genre.

Through powerful lyrics, non-commercial Hip Hop across the globe is taking a serious stand on social and political concerns. Hip-hop musicians tackle issues that are more current and far more relevant to listeners.

From Seedhe Maut’s “Nazarbhattu Freestyle” to J. Cole’s “High for Hours,” here’s a look at rap songs that have attempted to shed light on societal concerns.

Kya ghante ka insaaf (To hell with your justice)

Desh kaise hoga saaf (How will this country be cleansed?)

Inki neeyat mein hai daag (They intentions are not honest)”

“Gully Boy,” starring Ranveer Singh and Alia Bhatt, contains a number of chart-topping tracks. ‘Azaadi’ is one of them, and it shows the corrupt political and commercial systems, seeking to break free from them.

Divine and Dub Sharma perform the song. The song was written, performed and sung by the couple. Azaadi has received over 50 million views on YouTube.

“All I hear is talk, talk, constant controversy

Hip-hop has surely never been a problem in Harlem, only in Boston

Eminem Aka Marshall Mathers is known for rapping how he feels, and it often gets him into controversy. This issue is addressed by Eminem in his song “White America”, the lyrics of this song are clearly about white supremacy and there are references to race and caste issues. The song ends with a rant about the government trying to control his music, implying that the people trying to censor him are from “white America”.

Inki ego trip me bahara mera desh rakt (Because of their ego trip, my country is bleeding)”

Recently Delhi based hip hop duo Seedhe Maut released their album ‘न’, ‘Nazarbhattu Freestyle’ is part of this album. The song talks about issues like black money, poverty and how the middle class man suffers, while the corrupt take advantage of it. With hard-hitting lyrics, ‘Nazarbhattu Freestyle’ is a song that fits perfectly with the current times and is definitely worth a listen.

“You finally made the decision to hold me against my will

Rapper Kendrick Lamar recounts the damaging effects of gang culture, police brutality and violence on his community in the song Good Kid. It highlights unjust behavior by the police, systematically targeting minorities and exacerbating the historic divide between groups. Themes of corruption and injustice are explored in more detail in the follow-up track “MAAD City” on the same album, as Kendrick becomes self-aware of the doomed streets and lives around him.

“And I still don’t see any change, can’t a brother have some peace?”

Instead of waging war on poverty, they waged war on drugs

So the police can bother me”

In the hit song “Changes”, the late American rapper Tupac Shakur talks about the daily life of a poor African American, he expresses the idea in his song that changes must be made in society in order to end the racism and poverty that African Americans faced. Shakur also highlights the idea of ​​unity to solve problems in this song.

The police inke saath mein (the police are with them)”

The song is from the 2018 film “Manto”, which stars Nawazuddin Siddiqui. It exposes many topics of Manto’s thought, such as hypocrisy, corrupt political culture, etc. Raftaar wrote, composed and performed the song. The video also features Siddiqui describing the ideologies of Saadat Hasan Manto. ‘Mantoiyat’ has had over 45 million views on YouTube, with over 1 million likes.

Religion don’t mean shit, it’s too much ego in the way”

American rapper J Cole’s song “High For Hours” was released on Martin Luther King Day in 2017, and in it, the rapper comments on the social and political challenges of American culture.

Cole focuses on the hypocrisy of American beliefs, since the country regularly preaches about being the “land of the free”, then participated in the slave trade, depriving people of their freedom in other countries while citing the Christian Bible to excuse their actions. In this song, Cole also discusses human nature and how it has played an important role throughout history.

Pure saal rule hain (Make us cry all year round)

Kr$na, as a young Prozpekt, released “Kaisa Mera Desh” during the Commonwealth Games in India. It is considered an “anti-corruption anthem” and its purpose is to show the political naivety of government officials. The artist expresses his displeasure at how the lower class is suffering financial problems while the government offers no help.