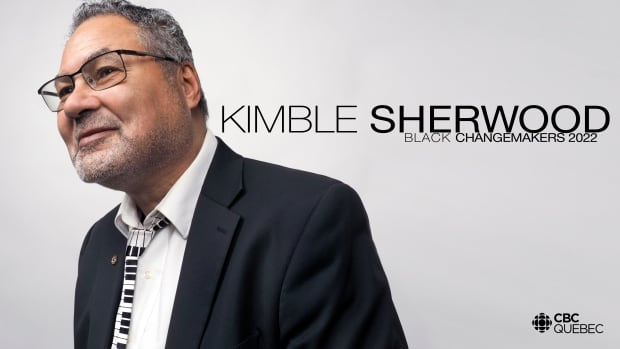 CBC Quebec shines a light on people in Black communities across the province who are giving back, inspiring others and helping shape our future. These are the Black Changemakers.

Kimble Sherwood was practically raised in a choir. He joined his first choir at the age of eight, practicing four times a week. By the time he was growing up, he was the lead singer of the internationally acclaimed Montreal Jubilation Gospel Choir.

As a young man, however, he wasn’t sure he could live on it. For seven years, he did odd jobs in construction. But his love of gospel music kept pulling him back.

“The music always called me,” he said.

Thirty years after its founding, the People’s Gospel Choir is still going strong. The choir has performed for audiences large and small, at Governor General’s Awards and at the Montreal International Jazz Festival, even winning a 2004 Vibe Award for its live recording at St. James United Church.

“It’s music that comes from the heart,” Sherwood said. “It soothes, soothes the heart. It allows you to remember and think about the good times.”

Sherwood said he had a lot of good times, performing in all-black casts of Broadway shows and singing alongside Patti LaBelle, the Neville Brothers, Charlie Biddle and Oliver Jones.

“But Nelson Mandela is at the very top,” he said.

Just four months after his release from prison in South Africa in 1990, the hero of the anti-apartheid movement paid a visit to Canada, deciding at the last minute to include Montreal in his itinerary. Mandela went to Union United Church to attend a service.

“When I arrived at the church, people were all in the street because they couldn’t get in,” he recalls. “They had loudspeakers coming out of the church.”

“When he came in, and the aura that we felt for this man, it was special.”

Sherwood, who is also a teacher at the Lester B. Pearson School Board, has accumulated a lot in his nearly seven decades of life. But much of it wouldn’t have been possible if he hadn’t followed his heart and pursued the music.

“If you fall asleep with it and it’s still burning, and you wake up and it’s still on your mind, if that’s you, you have to chase it,” he said. “Because that’s what God put in you to do.”

The Black Changemakers is a special series recognizing people who, regardless of background or industry, are committed to creating a positive impact in their community. From solving problems to doing small everyday acts of kindness, these changemakers make a difference and inspire others. Meet all the change makers here.

For more stories about the experiences of Black Canadians — from anti-Black racism to stories of success within the Black community — check out Being Black in Canadaa CBC project that black Canadians can be proud of. You can read more stories here.