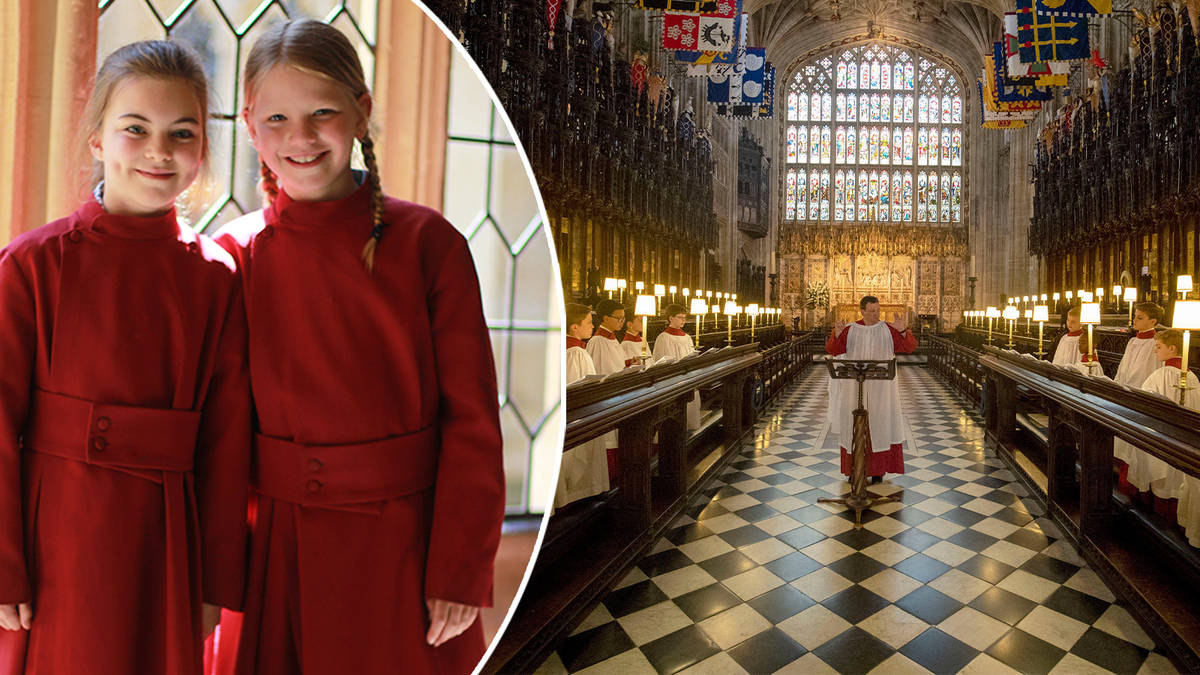 A choir that has existed since 1348 has just welcomed its first two female singers – Julia and Lucy, both aged nine.

Two girl choristers made history at the Choir of St George’s Chapel in Windsor, which for 674 years accepted only boy choristers.

The choir, based at Windsor Castle, sing regularly for The Queen and have just mixed for the first time.

The nine-year-olds will participate in daily rehearsals and live in the school boarding house during the week.

“Being able to provide this opportunity to everyone at school, regardless of gender, is very much in line with our ethos of valuing all students and recognizing that each child has their own unique contribution to make to the lives of our community and to global society as a whole.

The Saint-Georges chapel choir is made up of a maximum of 23 choristers, who are generally auditioned between the ages of seven and nine. Choristers receive music lessons from the chapel music director, assistant music director, and organ specialist, have regular voice lessons, and additional music theory lessons at school.

Founded in 1348, the choir regularly sings in the presence of Her Majesty the Queen and other members of the Royal Family.

The young voices were heard by a TV audience of two billion at the Duke and Duchess of Sussex’s wedding, as well as at the wedding of Princess Eugenie and Jack Brooksbank in 2018.

The historic appointments of Julia and Lucy follow the decision, announced by the Dean and Canons of Windsor in January and backed by the Queen, to allow girls and boys to sing side by side in the choir, for the first time Of the history.

St George’s Chapel follows in the footsteps of other church, chapel and cathedral choirs, including Salisbury Cathedral, which 31 years ago became the first Church of England cathedral to admit girls parity with male choristers.