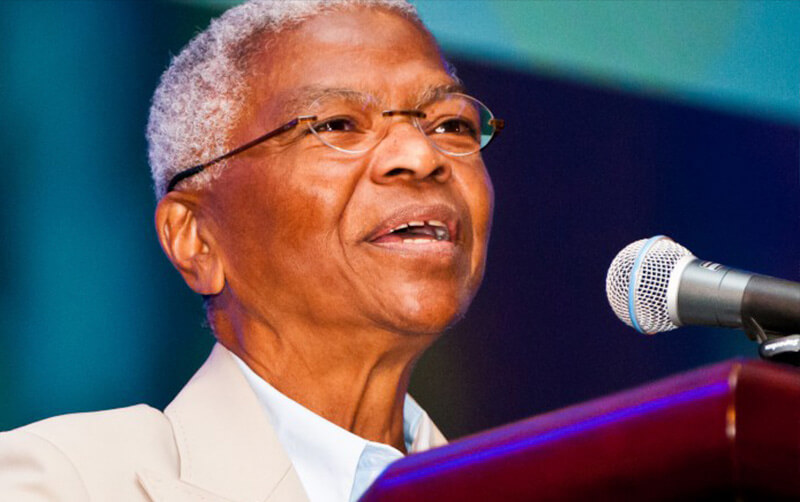 “We all fight together,” a national coalition of university leaders dedicated to eradicating discrimination and racism, recently invited civil rights activist and author Mary Frances Berry to speak virtually to members of college campuses across the country. The coalition was founded in 2020 by Cal State Fullerton President Fram Virjee.

Since her college years at Howard University, Berry has written articles, speeches and books focusing on racism and civil rights. As a leader in education and policy, his accomplishments include heading a major research university, serving as the chief education officer of the former US Department of Health, of Education and Welfare and the receipt of dozens of accolades from around the world.

“The time you have to do something is when no one else wants to do it, when people say it can’t be done.”

“I was appointed Assistant Secretary of Education by President Jimmy (Carter) and worked closely with the National Organization of Negro Colleges,” Berry said. “Working with presidents of historically black colleges and universities, I brought their concerns to the White House and an advisory committee was established. Carter also appointed me to the U.S. Civil Rights Commission, a bipartisan agency which oversees the application of civil rights laws.

“Commissions and settlements sound great, but let me help you understand where we go from here,” she explained. “Consider the plight of black farmers. They were systematically mistreated by the Ministry of Agriculture without loans, loss of property, etc. The Civil Rights Commission examined the decline of black agriculture in America and said the Department of Agriculture should address the differential treatment between black and white farmers. But they really did nothing. Eventually, the black farmers went to court and won a settlement.

“Do you think a settlement means everything is fine? Nope! All is not well. A few dollars were sent, but many farmers were deemed ineligible. Black farmers lobbied and lobbied Congress to allocate money for the descendants of black farmers. But they haven’t received any money and are being sued by white people who say it discriminates against white people.

“As you tell this story, when you consider the subject of race and protest, realize that a lot can happen when various crises arise. We have seen a shift in public attitudes after the murder of George Floyd and reports of mass incarceration of black people. Then came the backlash. You have to keep your foot on the pedal to get things done. Continue on the case.

“Freedom, my friends, is a constant struggle,” Berry said. “White supremacy and racist capitalism are still there. So what do we want? They want the rhetoric of the preamble to the Constitution to become reality for everyone. We have made progress, but we have not gone as far as we had hoped and there are obstacles.

“Every time I complained, my mom would say, ‘Get off your nothing stool and stop complaining to me. In other words, do something! Recently I looked at some notes from a 2016 gathering where I met black women. Every problem they described is still there. For example, the minimum wage. Fifty percent of blacks earn less than minimum wage. Many barely earn minimum wage.

“Student loan relief and reduction is another issue,” Berry added. “Look at the people. See the people. I see them. I ride the bus because poor people ride the bus… to work, to get groceries, black women with young children, dragging them around to go shopping. Black people often live in food deserts so they have to go to the shops. The kids are tired and crying. I try to help them get on and off the bus. I see people. We should all see them and help when you can.

“I recently went to a church meeting and there was a group of cyclists who were supposed to talk to us about climate change. They advocated using bicycles rather than cars and when they finished they waited for the applause. Then an elderly lady said, “You know we had to leave the area where this church is, built by our people after slavery, because people wanted to develop the area? So we have to drive here to come to church. You can’t cycle here.

“So where are all the programs for the poor? What about child care? Inflation? Food shortages? I see lots of empty shelves and high prices. I am a person of peace. Can someone explain to me why these things happen and why people suffer?

“History teaches us to resist. We all marched for the right to vote. We have it. We won it. We have to keep it. Now many want to make it harder to vote. What to do once the vote is over? You should stay active.

“Power concedes nothing without a request.”

“When President Trump was elected, things got worse for the poor,” Berry said. “Organizing and protesting are essential. After the vote is over, we should always celebrate the positive, but in the meantime, we need to make sure the goals are met – helping the poor, eliminating racism, etc.

“We have a divided Congress. I think many elected officials believe that if they don’t focus on anything – don’t push people or disrupt, they can do whatever they want. Often they will do what those who give them the most money want. If you’re not ready to step up and push, they’ll ignore you. Leaders will make you think all you have to do is vote and they will do whatever you want — too many people have different desires. You have to push.

“I’ve heard that suffering builds character…but not all the time.”