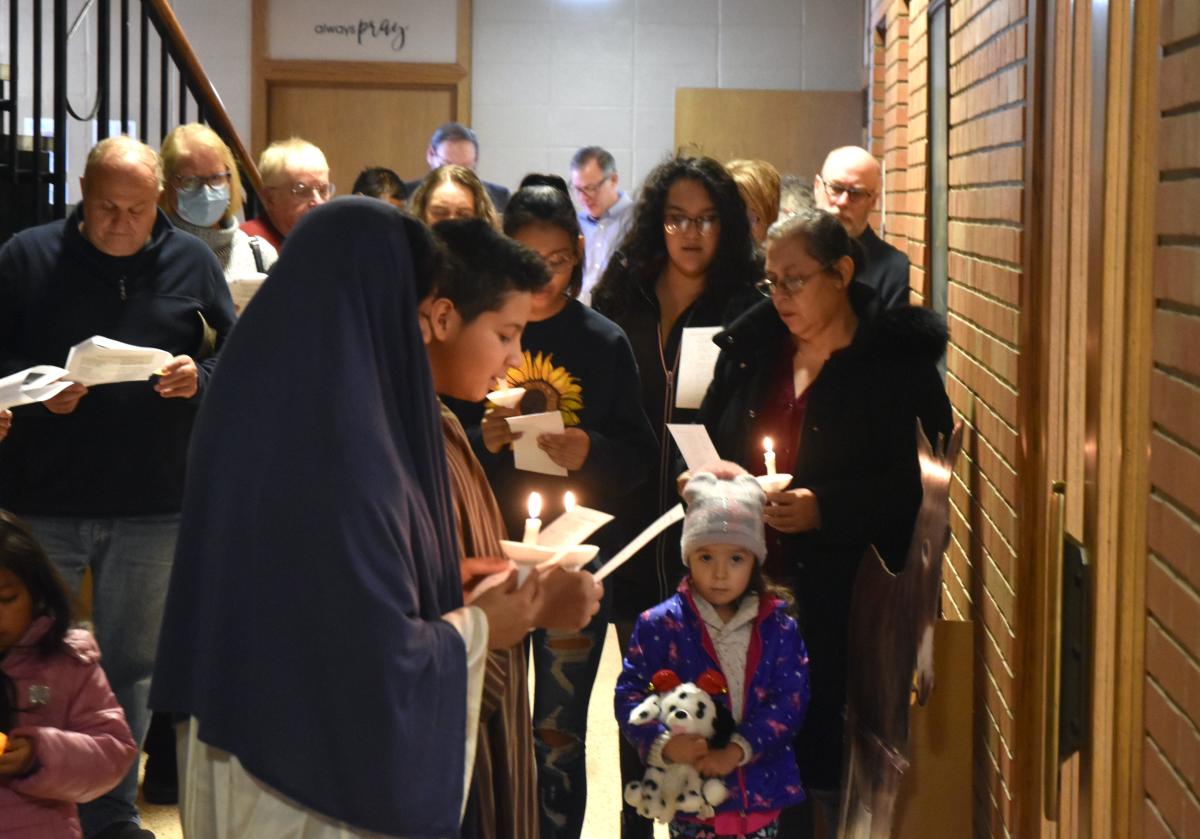 The Grace Lutheran Church and Glacial Lakes Multicultural Center recreated Mary and Joseph’s journey and the birth of Jesus in Las Posadas on Sunday.

And the production was right: it is wise to treat foreigners well.

Las Posadas celebrations are seen throughout Latin America and by Hispanics in the United States. Translated from Spanish, Las Posadas means “inns”.

It was the first time that Grace Lutheran and the Multicultural Center hosted the Christmas tradition in Watertown.

“We do Las Posadas to remember that we are preparing for the birth of Christ,” said Sister Ida Herricks. “Imagine Mary and Joseph traveling from Nazareth to Bethlehem. Mary was worried about where her baby would be born. It is a celebration to prepare our hearts for Christ.

The significance of Las Posadas is not just the telling of the ancient Christmas story. It also reminds the community that Mary and Joseph, or Maria and José in Spanish, were migrating to a city that was not their home. And even though Mary was pregnant, the community still turned them away from a safe place to stay time and time again.

In Las Posadas, Mary and Joseph ask for a refuge much like some people who are not from the United States do today. It is a reminder to offer kindness in these cases.

“The celebration always takes place in the streets. Because it’s dark in Mexico at 5 pm this time of year, you walk the streets with your candles singing and praying, ”Hericks explained.

The community rallies behind Maria and José with songs and prayers as they walk the streets knocking on doors and asking for Las Posadas. The first houses will refuse them refuge, and they advance until finally a house opens its doors to them. At this, the community swells with celebration.

The Glacial Lakes Multicultural Center wanted to bring this Latin American tradition to Watertown to remind the community of the importance of having an open heart to migrants and of sharing the cultural richness that immigrants offer.

There were around 30 people present at Las Posadas this year. A mix of Watertown natives and Spanish speaking immigrants joined in the celebration in the halls of the Grace Lutheran Church.

Adriana Manuel and her two young children participated. Manuel is an immigrant from Oaxaca, Mexico. She arrived in the United States in November 2018 after her husband found a job on a dairy farm in Bryant, working as an animal science vet.

She has befriended other Spanish-speaking families who work for the dairy, but is keen to bond with the community of Watertown. Las Posadas was his first experience with other people outside of his small group of friends.

“From Watertown to where I live it takes 45 minutes,” Manuel said. “That’s why I don’t really get close to the community. There is a great distance between the two. “

Manuel said Bryant had few resources to help her and her family feel included. But the Glacial Lakes Multicultural Center provided him with not only the opportunity to meet new people and share cultural experiences, but also resources to help him develop important language skills.

“I was interested in learning English so my husband looked online. This is how we discovered the multicultural center, ”she said.

Las Posadas ended with authentic Mexican treats and a piñata made by one of the immigrants who attended.

The Glacial Lakes Multicultural Center would like Las Posadas to become an annual event and hope to plan more cultural experiences in the community.