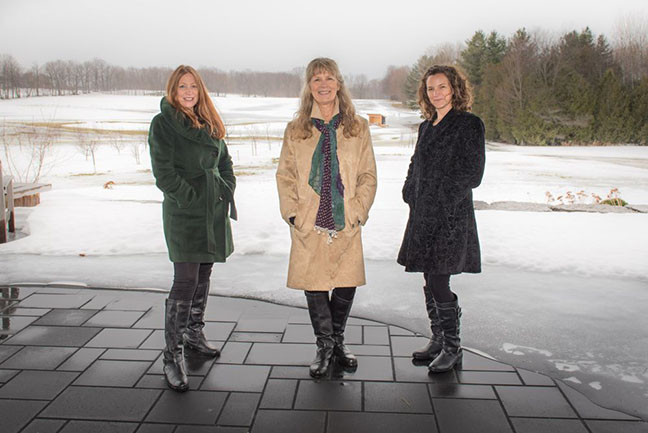 Boreal (Tannis Slimmon, Angie Nussye and Katherine Wheatley) perform their Songs for the Snowy Season show at Acoustic Harvest on the night of Saturday, December 11. Photo by Nicky Campbell.

Boreal has been called the gem of the winter season, and local audiences can see them in concert on Saturday, December 11 at the Acoustic Harvest show which takes place in southwest Scarborough.

Boreal is the trio of Tannis Slimmon, Angie Nussye and Katherine Wheatley. All with accomplished careers, they’ve teamed up to bring their Songs for the Snowy Season show to the road this winter.

Snow celebrates both winter and the holiday season.

“Their words evoke images and sounds that give the listener shivers of gratitude: squirrel footprints in the snow, the silence of winter, snowball battles, truck driver angels. that bring us home in blizzards, ”Acoustic Harvest of Boreal said in its press release. announcing the concert this Saturday evening.

“Boreal’s haunting harmonies, combined vocal prowess, improvised storytelling and pure joie de vivre make this a night to remember. The audience laughs, cries, claps and sings and returns to the freezing night after finding solace and joy in knowing that we are all together in this dark and glorious season, ”the statement said.

Jude Vadala had been a member of the Boréal trio for 12 years but retired in 2019, and was replaced by Nussey. Armed with many fun and moving songs about winter, Nussey has been called a “dynamic” addition to Boréal.

Songs for the Snowy Season with Boreal will take place at 8 p.m. at St. Paul’s United Church, 200 McIntosh Street, on December 11. The doors to the show will open at 7 p.m.

Tickets cost $ 30 and must be ordered in advance on the Acoustic Harvest website at https://www.acousticharvest.ca

All COVID-19 protocols will be in place during the concert, including proof of vaccination.