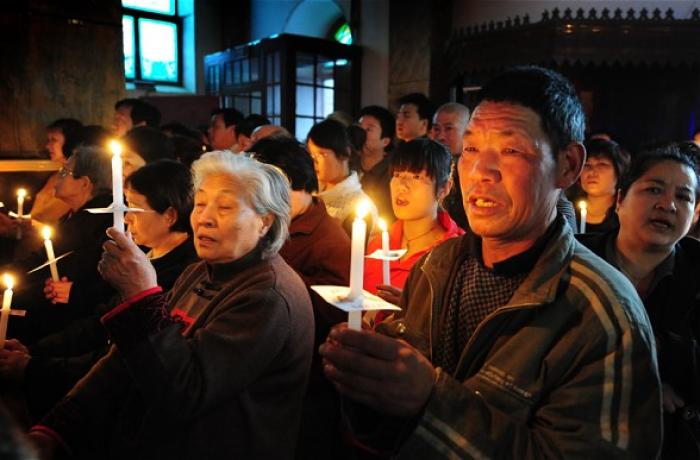 It will no longer be possible to conduct religious activities online without government permission in China, according to an announcement made yesterday by the State Administration of Religious Affairs.

The body that reports to the Chinese State Council – the central government – announced on December 3 that it approved “administrative measures for religious information services on the Internet.” Adopted in collaboration with the State Ministry of Security and other ministries, the new rules will come into force on March 1, 2022.

The new crackdown on religious freedom reflects Xi Jinping’s directives. In working sessions of a national religious conference held in early December, the Chinese president and secretary general of the Communist Party (CCP) announced his intention to improve “democratic” control on religions. In other words, to strengthen religious repression by the regime.

Xi made it clear that religions must adapt to the fact that China is a socialist country. According to the Supreme Leader, the “core” of the CCP, the masses of believers should unite around the Party and the government, and reject any foreign influence.

Organizations and individuals wishing to provide religious information online should apply to the provincial Ministry of Religious Affairs. Sermons, homilies, ceremonies and training activities organized by religious organizations, monasteries, churches and individuals may only be broadcast online after special permission has been obtained.

It has also been established that no organization or individual can fundraise “in the name of religion” on the Internet. Online religious activity is also prohibited for foreign organizations present in China.

According to the new rules, religious information on the web must not “incite the subversion of state power, oppose the Party leadership, undermine the socialist system, national unity and social stability.” Nor should it “promote extremism, terrorism, ethnic separatism and religious fanaticism”. Initiatives aimed at young people are also targeted: online communications must not “encourage minors to become religious, organize them or force them to participate in religious activities”.

The regime’s goal is to further promote the “sinization” of religion, a process officially launched in 2015.

In February, the State Administration for Religious Affairs released the ‘Administrative measures for religious personnel ‘, a document on the management of the clergy, monks, priests, bishops, etc., which was published by the government.

In February 2018, the Party adopted “New regulations on religious activities”, according to which religious personnel can only exercise their functions if they adhere to “official” bodies and submit to the CCP.

As for the Catholic Church, the signing in 2018, and the renewal in October 2020, of the Sino-Vatican Agreement on the appointment of bishops has not put an end to the persecution of its members, especially unofficial ones.

Even the Christmas holidays were not spared. According to AsiaNews, authorities in Rong’an County (Guangxi) have banned Christmas celebrations in local schools. The official reason is that as “Western holiday”, Christmas threatens Chinese national culture. The proliferation in recent years of events related to “silent night,” the Chinese term for Christmas Eve, and Christmas Day is viewed by the regime as an assault on Chinese culture. Teachers and Party members are urged to work to maintain Chinese tradition, while all citizens are urged to report cases of Christmas celebrations to the police.