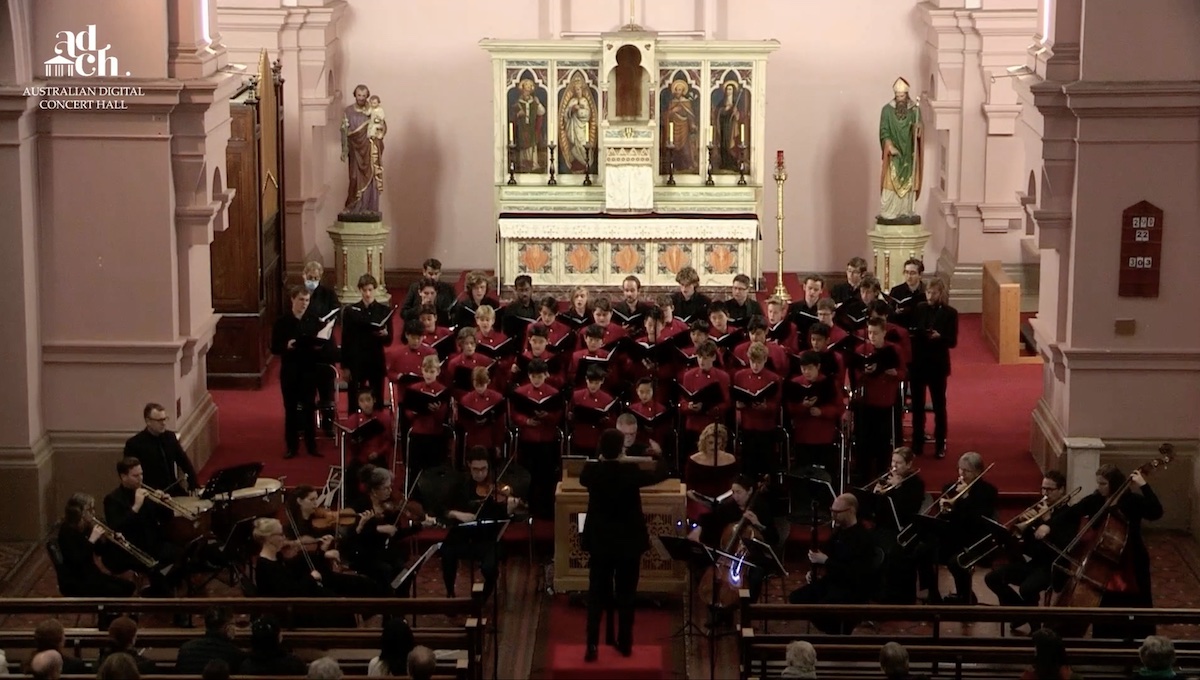 A choral work by Joseph Haydn’s younger brother, Michael, which has not been heard for 250 years, was discovered and premiered at two superb Melbourne concerts by the Australian Boys Choir.

The original score of Litaniae Lauretanae in C major, MH 71 has been kept in the cathedral archives and was recently digitized by the Austrian scientist and musician Wolfgang Esser-Skala. Nicholas Dinopoulos, artistic director of the Australian Boys Choral Institute, secured a copy and the four-part work had its Australian premiere at two performances, at St. of the Sacred Heart of Carlton, in collaboration with the Australian Romantic & Classical Orchestra and four soloists.

Michael was five years younger than his famous brother Joseph, who mentored him as a chorister colleague at St. Stephen’s Cathedral in Vienna. Michael was more admired than his older brother as a singer, and Joseph even considered his brother’s religious works superior to his own. He then held the position of concertmaster in Salzburg for 44 years.

“Michael Haydn was relegated almost entirely to the underdog, but he was highly respected in his day, composing a wide range of instrumental and vocal music,” Dinopoulos said.

Of the concert program, which included works by Joseph and Mozart, he said: “We pay tribute to three composers who knew and loved each other.

There were some balance issues on the live audio feed with microphones picking up plosive bass sounds which were annoying at times, and slight distortion in the upper register of the organ. That said, the four works were performed magnificently and the choir was in top form, led with strength and dynamism by Dinopoulos.

by Mozart Litaniae Lauretanae in B flat major, K 109 opens the concert. The first of the four litanies he composed in Salzburg, it was written when he was 15, inspired by his first trip to Italy from which he had just returned. It is extraordinary to think that the composer was the same age as some of the boys in the choir when he wrote this beautiful work.

This was followed by one of the Elder Haydn’s most beloved choral works, the Small organ mass. Shakespeare, taking the solo in the Benedictus, showed bright and attractive coloratura and it was a highlight. The “amen” of the choir resound at the end of the Creed and the fugal entries of Hosannas were well treated.

After an interval, Michael Haydn’s artwork was unveiled, and what a magnificent piece it turned out to be. After an engaging introduction with a weaving of organ between lively brass and strings, the choir enters for a playful moment Kyrie. Each of the following three sections has a greatness of writing, aided by the three trombones and twin trumpets and virtuoso keyboard writing.

the Sainte Mariebrand andantinoprovides a nice multi-layered contrast with the faster movements and the Regina Angelorum turns out to be quite a spectacular showcase for instrumentalists and backing vocals, all delivered with admirable intonation and energy.

the Agnus Dei ends the work in a dramatic and stately manner and shows us why Mozart was such an admirer of the young Haydn, some of whose sacred works influenced the Requiem, and why for many years some of Haydn’s instrumental music has been attributed wrongly to the young man.

This concert whets the appetite for other long-forgotten works by Michael just waiting to be rediscovered and revived.

by Mozart Missa Brevis (Sparrow Mass) K 220 ended the concert on a high note, with its Hosanna section including the “chirping” bow strokes of the violins that give this work its nickname.

It is also one of the works that Franz Xaver Süssmayr used as a model for his completion of Mozart’s Requiem. Choo and Marsh were both superb in the Benedictus section.

The Glorious AWildebeest Dei, with the four soloists combining beautifully, complemented by the 50 voices and strings, brass and drums, closed this excellent program. Dinopoulos led a tight and well-judged performance, leaving those who had attended live or digitally with great musical memories of this Austrian encounter.

And there was a tasty bonus with Shakespeare giving a stellar performance of the cast Laudate Dominum in bis.