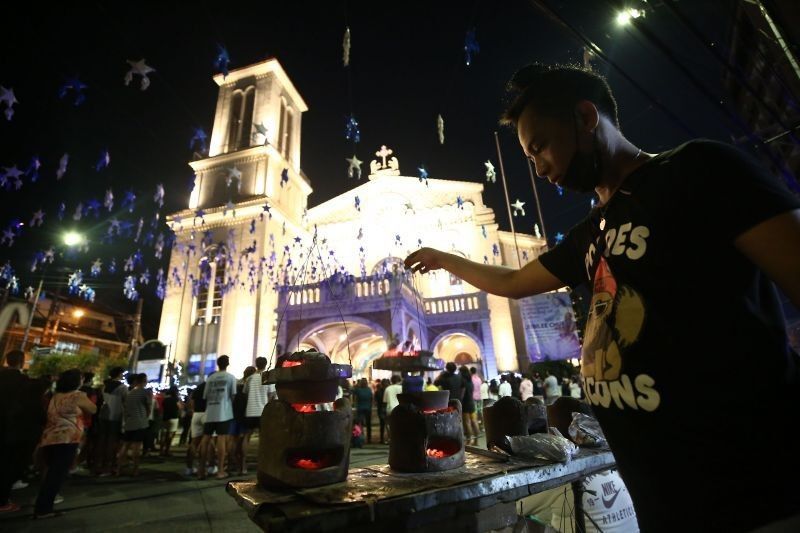 While we were preparing to celebrate a Christmas less affected by the pandemic than last year, the super typhoon Odette landed and wreaked havoc, especially among our compatriots in the South. This tragic reality can naturally push many of us to the brink of sadness and grief for another Christmas. After all, the image we have of Christmas is, by default (and perhaps rightly so), an image of prosperity and peace, not death and destruction.

Even in the midst of all of our tragedies, sadness and gloom is not our only option. We cannot fail to see that although the birth of Christ was surrounded by poverty and sorrow, the angels in heaven did not complain, but sang “Glory to God! We are told that one of them brought the shepherds “good news which will bring great joy to all the people” (Lk 8:10). And angels are not flippant.

I say all of this in order not to trivialize the gravity of the current situation, or to suggest that it is something that can simply be wished for or expelled. Rather, I am saying that Christmas itself is a source of hope. Learning the deepest truths about Christmas helps make sense of what seems crazy and break free from the trap of sadness. I would like to offer three.

The Christmas period is about light and light

If there is anything that best symbolizes Christmas besides the Child in the manger, it would be the Star of Bethlehem. ABS-CBN over ten years ago used precisely this theme for its Christmas station ID, Ang Star ng Pasko. After 12 years of ABS-CBN Christmas Stations ID, he remains undefeated as an all-time favorite (and my own). Coincidentally, the song came in response to another super typhoon, Ondoy.

I love this song not only for its catchy rhythm and melody, but also for its theological depth. The song captures the Star’s allusion in pop culture style. No, it was not just the heavenly body that lit up that dark night in Bethlehem and ultimately led the Magi from the East to the child in the manger. On the contrary, the real star of Bethlehem is Jesus Christ. The Magi thus passed from the vision of the light of the celestial body to the contemplation of the light itself. They were led by the light of the stars to the True Light.

Belenismo sa Tarlac, an exhibition of Christmas crib creations, opens in Tarlac City on November 6, 2021. A total of 54 participants have registered to join the event.

The theme of light is a theme that we see scattered throughout Scripture and the Catholic liturgy. We read that God is light (1 Jn 1: 5), and that today a light will shine on us, because the Lord was born for us (Mass at the dawn of the Nativity of Our Lord). These lines remind us that God is the Father of lights (Ja 1:17) and from Him comes Jesus who is Light of light, true God of true God (Symbol of Nicaea).

So if Christmas were to have an impact in our personal lives, the idea is that we be a light for others, in imitation of the One we claim to follow. To be light of course means many things, but we can enumerate a few: to be a principle of joy rather than sorrow; spreading the truth rather than lies; to be a force of unity rather than of dissension. This is what it means to be light in a dark world, and we should be more so in the midst of tragedies.

For those sensitive to the scriptures, the birth of Christ cannot fail to echo the first words of the Gospel of John: in the beginning was the Word… and the Word was God (Jn 1, 1). And the Christmas season is so crossed by the theme of beginnings.

Christmas Day commemorates the first day the Beginning of All opens its human eyes to all that He has created.

This day also marks the beginning of his journey to the days of his passion, death and resurrection. This very idea resonates in several familiar Christmas carols such as “What Child is This” and gives them a bittersweet tone. The words of the 2nd verse say: “Nails, a spear will pierce him.” The cross be carried for me, for you. Hello, the Word made Flesh, the Child, the Son of Mary! 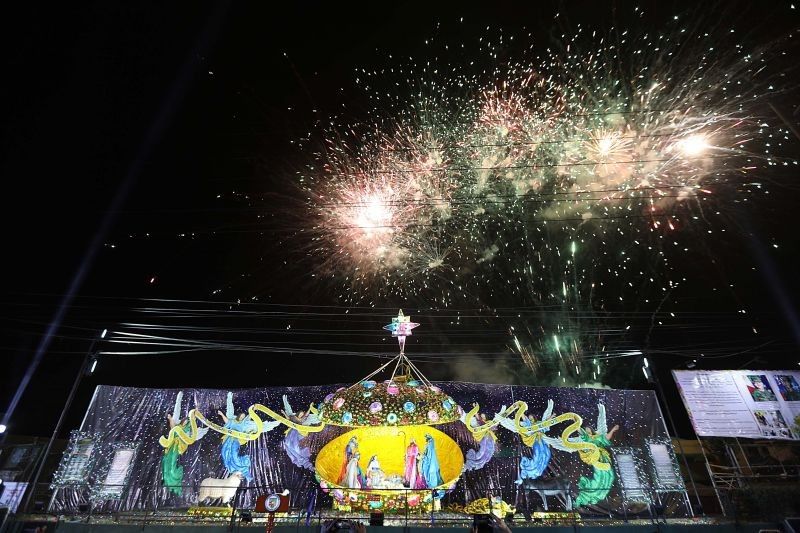 Fireworks mark the launch of Belenismo sa Tarlac, an exhibition of Christmas crib creations, on November 6, 2021.

The Christmas season also includes the commemoration of the Baptism of Jesus, which marks the beginning of his public life and ministry.

These ideas suggest that Christmas is a season for making our own debuts. For example, is there a better time to “be born again” than in the season we remember on the day Christ was born? Moreover, it reminds us of our own baptism, the beginning of our vocation and mission to be “another Christ, Christ himself”. It is therefore a good time to renew our will to serve in imitation of the One we claim to follow, who was born to serve and to give his life as a ransom for the multitude (Mt 20:28).

At the very center of Christmas are three people: Jesus and, right next to him, his mother the Blessed Mary and his adoptive father Saint Joseph. Just as three divine Persons are at the very heart of our faith, three human persons form the heart of our commemoration of Christmas. The fact that God entered humanity through a family calls into question our too mundane view of the family. It invites us to see its deep meaning as an institution.

Indeed, the family is more than a simple basic social unit. This is the reality by which God came into the world to save it. Understanding the family in this transcendent sense gives us the ultimate reason to spare no effort to protect this fundamental human institution. We start by fulfilling our roles in our own family in the best possible way. 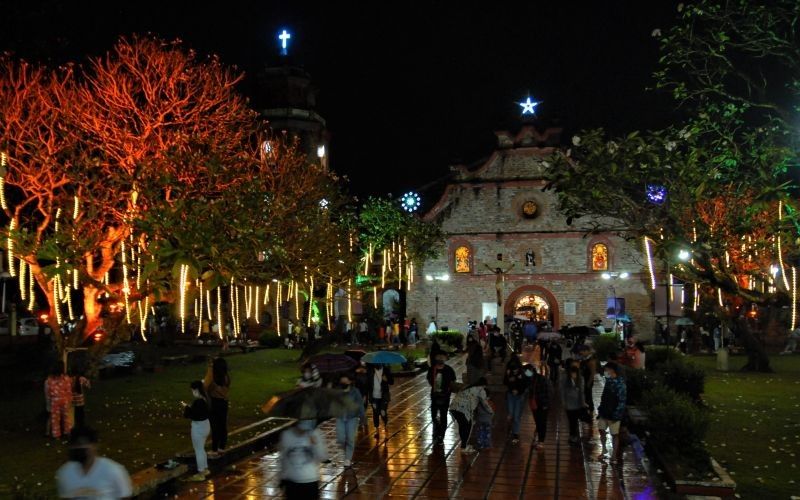 What better time to do this than Christmas, when we spend more time with all of our family, both nuclear and extended? Without a doubt, it will be harder to do good, let alone be good, when faced with the stress and challenges that Christmas preparations bring with them, as well as having to put up with so many different personalities. For those who were directly affected by the super typhoon, the challenge of maintaining its equanimity is immeasurably multiplied.

But at Christmas, the Holy Family reminds us more strongly that our family is our greatest human source of strength and hope. As exemplary models of what it means to be truly self-giving, patient, and forgiving, they are a timely reminder of how we can emulate the One we claim to follow. In trying to be saints ourselves in the ordinary things of family life, especially in times of great difficulty, we have taken the first step in sanctifying our families this Christmas.