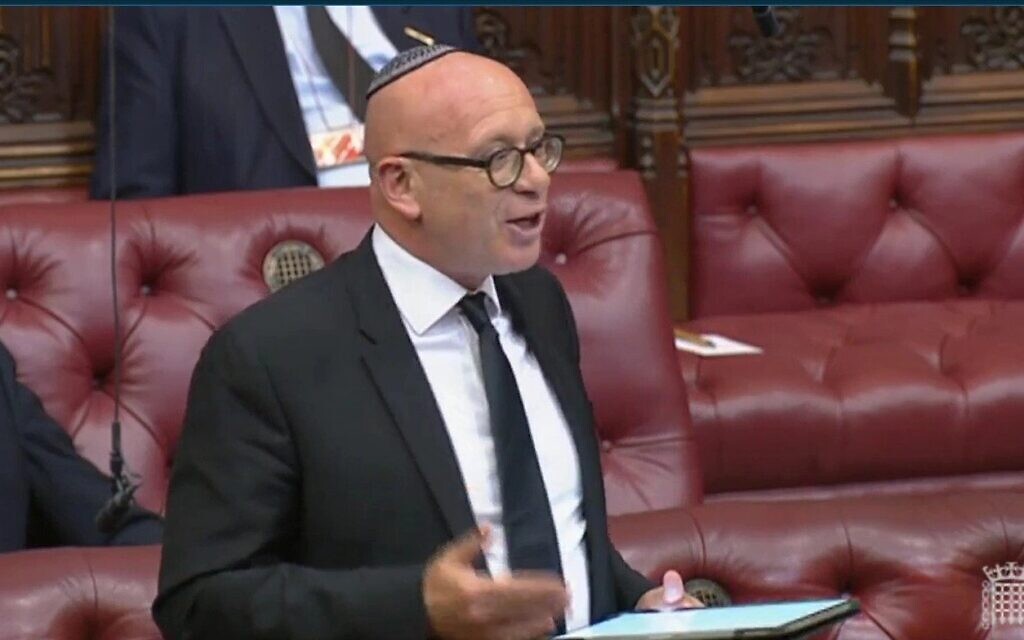 JTA — Queen Elizabeth has been praised by countless politicians and other personalities around the world. But in his tribute to the late monarch in the House of Lords, Baron David Wolfson used a new method to talk about the significance of his death: explaining a pillar of Jewish mysticism.

In a six minute speech On Friday, Wolfson, a Tory who served as Justice Minister under Boris Johnson, introduced his peers to several aspects of Jewish tradition – including Gematria, the Jewish tradition practice to find meaning through the numerical value of words.

He first spoke about the term “mitzvah”, or good deed, explaining that it is not simply a good deed that one does at will – it is a duty whose roots are the Hebrew letters tzaddi and vav , or “tzav”.

“Her late majesty spent her whole life doing the right thing, and not just because she felt like it, or because the mood took her,” he said. a sense of duty. »

Wolfson then slipped into the magical realm of gematria, which was developed by Kabbalah practitioners, noting that the sum of the Hebrew letters that make up the word mitzvah totals 96.

“In one of those coincidences, which may not be, the value, the numerical value of the Hebrew word tzav, the root of the word mitzvah is 96 – 96 years of tzav, of duty, and also of mitzvah of doing the good thing, because it’s your duty,” Wolfson said.

MPs attend a visit by Britain’s King Charles III and Camilla, the Queen Consort, centre, to Westminster Hall, where both Houses of Parliament met to express their condolences at the Queen’s death Elizabeth II, in London, Sept. 12, 2022. (John Sibley/Pool Photo via AP)

Wolfson also noted that in synagogues around the world, Torah reading will soon be over, and tradition dictates that it start again right away. This offers a parallel to the British tradition of mourning the passing of a monarch and cheerfully welcoming another, in this case King Charles III.

“We have closed a book, a long, good book that we have had with us for so many years, and we are about to open another,” said Wolfson, a lawyer who studied as a youth in a yeshiva in Jerusalem. “And as we all pray that God saves our king, I will also pray that he too can enjoy a reign of mitzvah of doing the right thing, because it is now his duty.” 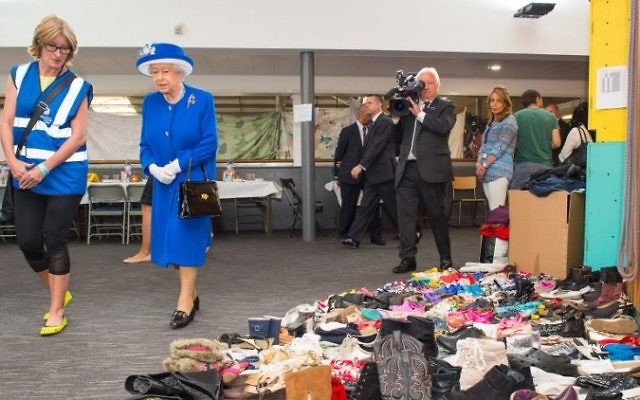 File: Britain’s Queen Elizabeth II receives aid donations, made by members of the local community, from Kensington and Chelsea Council executive director Sue Harris during a visit to the Westway Sports Center which provides temporary shelter for those who were rendered homeless during the Grenfell Tower disaster in west London on June 16, 2017. AFP/POOL/Dominic Lipinski)

Wolfson and at least two other lawmakers, Baron Stuart Polak and Robert Halfon, a Tory MP for Harlow, Essex, each spoke of the emotion they and hundreds of thousands of British Jews face as the Sabbath looms. For the first time in their lives – for the first time in 70 years since Elizabeth came to the throne – they would be praying for the welfare of a king, not a queen.

“And so tomorrow, for the first time in my life, we will not be praying in the synagogue for Prince Charles, but for King Charles,” said Wolfson, who also noted a change in his status as a licensed attorney. practice in certain high courts. “I started yesterday as Queen’s Counsel and finished it as King’s Counsel.”

Polak, speaking the same day in the House of Lords, recalled in his remarks a conversation he had in 2016 with Princess Anne, the daughter of Queen Elizabeth, in which they regretted that the British Ministry of Affairs Foreigners barred him from traveling to Israel and the West Bank because of sensitivities attached to the region among Britain’s Arab and Muslim allies. 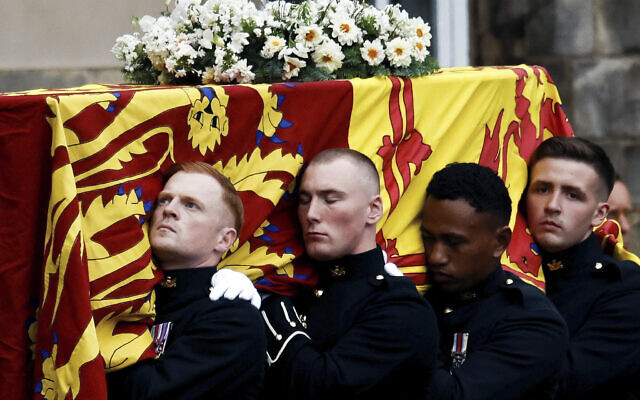 Pallbearers carry Queen Elizabeth II’s coffin, draped in the Royal Standard of Scotland, as it arrives at Holyroodhouse, where it will rest for a day, in Edinburgh on September 11, 2022. (Alkis Konstantinidis/Pool Photo via AP)

Halfon noted how Elizabeth’s reign coincided with the assimilation of Britons from all walks of life into the middle class, noting that her town Harlow was one of the towns where residents of London’s East End – including many of its Jews – migrated after World War II. time.

He described the Queen having sworn him in 2015 as a member of the Privy Council, the body of civil servants answerable to the monarch.

“Her Majesty did not bat an eyelid,” he said. “I thought, ‘Here I am, son of an immigrant to this country, becoming a member of the Privy Council,’ and I thought, ‘What an honor and what a meritocratic country we have.’

You are a dedicated reader

We’re really glad you read X Articles from The Times of Israel over the past month.

That’s why we started The Times of Israel ten years ago – to provide discerning readers like you with must-read coverage of Israel and the Jewish world.

So now we have a request. Unlike other media, we don’t have a paywall in place. But since the journalism we do is expensive, we invite readers to whom The Times of Israel has become important to support our work by joining The Times of Israel community.

For just $6 a month, you can help support our quality journalism while benefiting from The Times of Israel WITHOUT ADVERTISINGas well as access Exclusive content only available to members of the Times of Israel community.

Thanks,
David Horovitz, founding editor of The Times of Israel

Already a member? Log in to stop seeing this