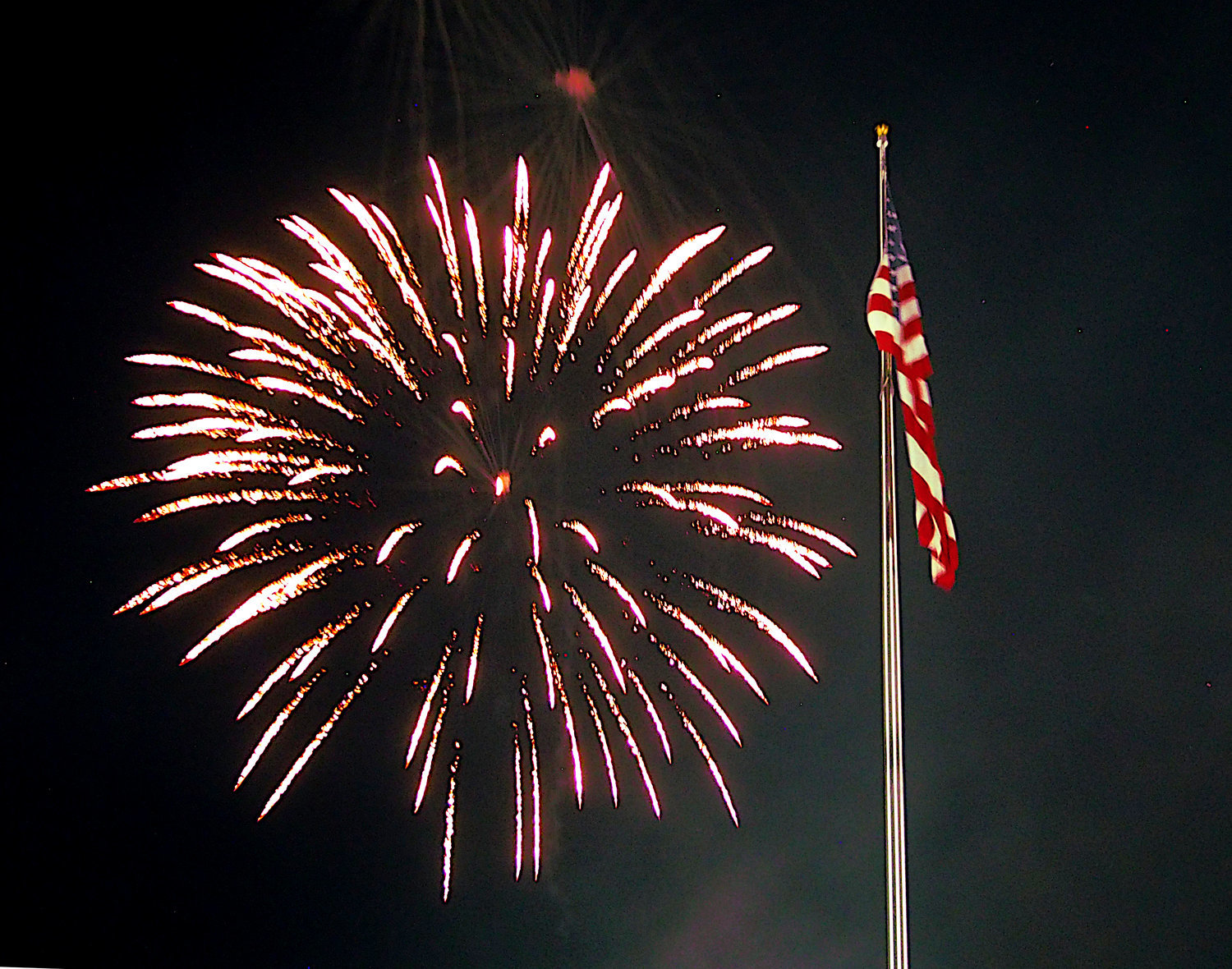 There are lots of activities in the area happening next week to celebrate the 4th of July.

To have your event added to this list, email news@sedaliademocrat.com.

For July 4, Sedalia Parks and Recreation is back to a normal year after two years of limited celebrations.

After the race is over, the 4th of July Parade will begin downtown, themed around American superheroes.

Parade registration is due July 28 at 5 p.m. to Sedalia Parks and Rec or Special Events and Marketing Manager Savannah Lynde at slynde@sedaliaparks.com. Details of parade lineup locations and numbers will be provided on June 29 to the email address provided on the registration form.

The categories judged for the parade will include the most patriotic, original, fiery and best performances of the theme “America’s Superheroes”.

After the parade, the 4th of July picnic will be held at 11 a.m. at Centennial Park with a free hot dog, chips, and drink per person.

In addition to the picnic, the Star-Spangled Swim at Centennial Park for half-price admission and free admission for military and veterans with ID.

July 4 will end at 9:30 p.m. with a fireworks display on the grandstand at the Missouri State Fairgrounds. Doors will open at 8:30 p.m.

The Village of Hughesville will be hosting a 4th of July Picnic at 6:30 p.m. on July 4th.

Guests are asked to bring a side dish and bring their own chairs while the council provides meat, rolls, tea and lemonade.

The annual 4th of July Bike Parade will take place from 9 to 11 a.m. on July 2 in downtown Warrensburg, hosted by Warrensburg Main Street.

The parade is free to the public and there is no entry fee. Participants are asked to assemble on the courthouse lawn at 10:15 a.m. and the parade will begin at 10:30 a.m. The parade will start at the Johnson County Courthouse, go up East Market Street, turn to East Gay Street and end at the courthouse. Participants are encouraged to decorate their wagons, tricycles, bicycles, pets or even themselves to participate in the children’s parade.

Customers are encouraged to stroll through the Warrensburg Farmer’s Market and then join in the fun with yard games, face painting, a bouncy house and more. The event is free.

Warrensburg Parks and Recreation will be hosting a Freedom Fest 5K run/walk on July 2 and a star swim in Nassif on July 4.

The bar next door to the speedway, Pub 13, will be open throughout the race weekend, with last call at 1am.

The church will begin offering food, games and family at 6:30 p.m. The Faith Riders and American Legion Riders will begin riding at 7:15 p.m. The Warrensburg Community Band concert will be at 7:30 p.m. Announcements will be made at 8:30 p.m. and as night falls (around 9 p.m.) a patriotic service will be held and a fireworks display will begin. Whiteman Air Force Base personnel will present the colors.

Admission to the Grover Park Baptist Church event is free. In case of rain, the postponed date will be July 5th.

Whiteman AFB will host a free Independence Day celebration, open to all MoD ID holders and their guests, at 5 p.m. on June 30 at Ike Skelton Park.

Food and beverages will be available for purchase. Other activities include inflatables, rock wall, bungee modules, rides, petting zoo, pony rides, and an animal selfie station. The fireworks will begin shortly after dusk.

Also on June 30 at Ike Skelton Park, Whiteman is hosting its 2022 Firefest Grilling Contest. Competitors will grill from 7 a.m. to 1 p.m. to grab the Jack Daniel’s Barrel Head and the bragging rights that go with it.

Firefest is open to the first 40 teams to register, with four members per team. Teams must bring their own canopy, grill, utensils and fire extinguisher. For more information, contact CPPO at 660-687-5754.

An evening cruise and art walk will take place from 5-8 p.m. on Friday, July 1 in downtown Holden. The theme is Military and Veteran Appreciation Night.

Come stroll down Second Street, check out the cool cars and variety of craftsmen showing off their skills. Many companies will run promotions for those with military IDs.

Warsaw will host a total of five fireworks displays to celebrate Independence Day during the first two weeks of July: July 1 at Osage Bluff, July 3 at Cody’s Bait and Tackle, July 4 at Lincoln Park and at the American Legion and July 9 at Rick’s. Rowing House.

The Truman Lake Adventure Club will also host the Liberty 5K Run and Walk and Wet and Wild Water 5K on July 2. The Liberty 5K starts in Drake Harbor at 7:30 a.m. and follows the waterfront trails of downtown Warsaw. The Wet and Wild 5K departs at 11am, by boat from East Bledsoe Ferry Park to Drake Harbour. Registration is required for both. Proceeds from the event support the Warsaw Senior Center’s home-delivered meals for their veterans program.

Warsaw Adventures is hosting the Glow Crazy Bike Ride at 8:30 p.m. on July 3. The event is free for those who bring their own bike, preferably already fitted with disco lights, or bikes are available for hire. Prior registration is required for rentals.

Lincoln’s 4th of July celebration kicks off at 9 a.m. on July 2 at Lincoln City Park with a host of events throughout the day.

The day begins with a baby contest at 9 a.m. at the Pavillon du Parc; registration begins at 8:45 a.m.

Then there will be the parade and the 3v3 basketball tournament which will start at 10 a.m. before moving on to children’s activities from 11 a.m. to 3 p.m. Activities will include face painting, barrel train, park train and games.

At 2 p.m. there will be the animal parade sponsored by Heavenly Pets at the Lake, then Backseat Driver from 3 p.m. to 5 p.m. and a cornhole tournament from 5 p.m. to 7 p.m.

Fireworks will be set off at dusk on July 4.

Grilled burgers and hot dogs will be served at the Carriage House along with homemade ice cream and desserts.

Tours of the house will be offered from noon to 1:30 p.m. and veterans can do so for free. The grounds will also host attractions such as cannon fire, children’s games, the Country Store and live music.

The Maclay Home is on the corner of the Howard and B freeways in Tipton, six blocks north of the intersection of freeways 5 and 50.